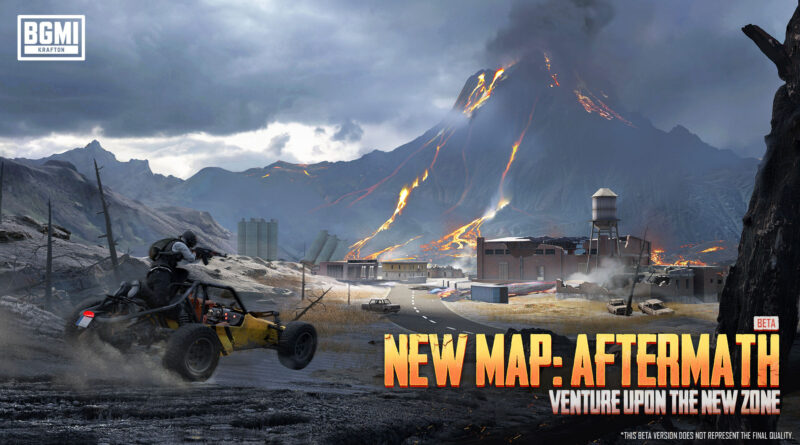 BGMI Latest Update Brings New Map Aftermath, Spider-Man theme- Download Here: The all new BGMI/PUBG 1.8.0 version update brings a BGMI x Spiderman: No Way Home crossover mode. The long-awaited Battleground Mobile 1.8.0 update has arrived. A BGMI x Spider-Man: No Way Home crossover theme is included in the update, as well as new classic map mode, a new supply shop, a new recall feature, and some major bug fixes. The update will be available at different times on Android and iOS. The update will most likely arrive between 12:30pm and 8pm IST for Android users, and 4:30pm IST for iOS users. As a reward for updating the game, the user will receive 3000 BP, 100 AG, and the Aureate Assassin Helmet (3 days).

The BGMI x Spider-Man: No Way Home crossover brings a spiderman theme to the game’s current Erengle and Livik maps. The mode comes with three features: Challenge the boss, Spider-Man’s web shooter power, and the spiderweb-ball.

Challenge the boss: In this mode, players have to find Mylta power and fight the boss alongside Spider-Man.

Spider-Man’s web shooter power: This feature allows players to shoot spider webs after getting the web shooter, which slows down the opponents when hit!

We’ve made some changes to the UI so that all of you can pick the desired match easily!

Livik simply cannot catch a break right now. A volcanic eruption which has resulted in the melting of all the snow and you know how this pans out – dust bowls, hostile terrain and the likes. Even the buildings have collapsed. It’s just not the same anymore. Livik: Aftermath can be played only in the normal matching, luckily that does not affect your season tier points.

<Livik: Aftermath : Firearm and Scope>
In this mode, every firearm basically has scopes mounted on them. Recoils of every firearm is largely reduced, so you can easily knock enemies with automatic fire. Something really cool is if you hit the enemy with your ADS open, you’ll be able to see the distance to the enemy, as well as the accumulated dealt damage for a short period. Try the scoped full-automatic fire in Livik: Aftermath!

<Livik: Aftermath : New Features >
Ziplines appear across Livik: Aftermath! Use ziplines for fast movement across the map. Also, you can find the Communication Tower in post-apocalyptic Livik that allows you to revive fallen teammates.

You can also deploy a large riot shield for tactical play. Of course, riot shields can be destroyed by gunfire, so keep those extra shields on standby.

<Classic Update : New Systems>
New systems are applied to some ranked matching and normal matching. (Indication of modes in which the matching is allowed on the subtitle) First, supply stores appear across the map, and you can exchange looted coins with diverse items there.

Please note that there is an indicator that shows the next supply crate location.

<Classic Update : Firearm Rebalancing>
Various firearms have been rebalanced for better performance. MG3’s recoil has become 10% more intense, and the base fire rate is adjusted to 660RPM.

The recoil of the M16A4 and MK47 has become 10% weaker, and the tracer effect is added to the fired bullets.

<Classic Update : In-Water Knock-Out >
Now, the player is not finished even when knocked out in the water but is rather left in a swimmable state.

<Classic Update : Automatic Marking>
Automatic marking which was possible only with tactical marking device item has been added. Because hit enemies are automatically marked, players playing in the squad will be able to find an enemy’s location more easily.

<Other : Merit Level and Reporting Cheaters>
Penalty on merit level deduction from malicious behaviors such as team finish or offensive chat is reinforced. Deducted merit level can be restored based on the gameplay time and contribution during the game, and rewards will be provided to players maintaining a high merit level. The receipt and result of reporting cheaters have been improved to deliver more details to the players.