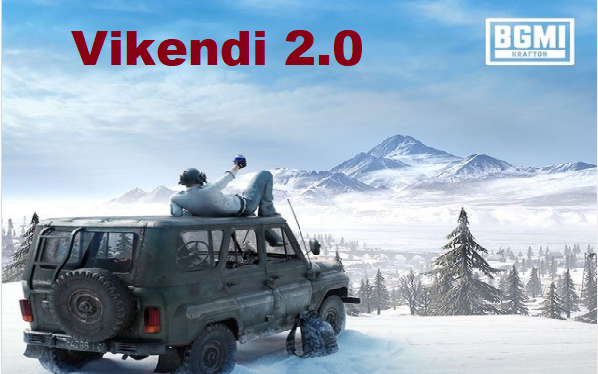 BGMI Vikendi 2.0 Update Download Here: BGMI 1.6 update has just been released and users are waiting for the new version. The developer has released PUBG Mobile Cycle 1 Season 3. And it continues to improve the quality of Battlegrounds Mobile India by updating patches. However, the same update is rolling out on PUBG Mobile.

As you know guys, Players have been missing the Vikendi map for several months. because with the arrival of the Karakin map, the Vikendi map was removed from PUBG Mobile. This was really very heartbreaking for those players who love Vikendi Map for their rank push.

But now, I have a good news for you guys! While tweeting this photo on his Instagram handle, BGMI written that ‘Who’s Excited?’ this means that now your wait is over friends. Now the day is not far when you will be able to enjoy Vikendi 2.0 in a new way.

The map is full of snow and breathtaking landscapes, eliminating your enemies in such a beautiful scenery can tempt players to play in this map. When Karakin was released, Vikendi was removed in the 1.4 update of PUBG Mobile. That’s why players were eagerly waiting for this map to return to BGMI.

If you eagerly waiting for Vikendi 2.0 Map release date, so let me tell you the launch date not yet revealed but we can expect around 10th October 2021. Because Vikendi 2.0 map has already arrived in the PUBG Mobile game with a 1.6 version update. The player can enjoy the game.

This new version includes the addition of 9 new trains, with 12 train stations dotted across the map. More compartments and buildings have been added which will help the players to obtain more supplies as well as seek a safe cover from the enemies. The location has been expanded vastly and players are certainly going to love that place!

So in this post we told you about BGMI Vikendi 2.0 Update Download Here | BGMI New Map Release Date hope you liked it.