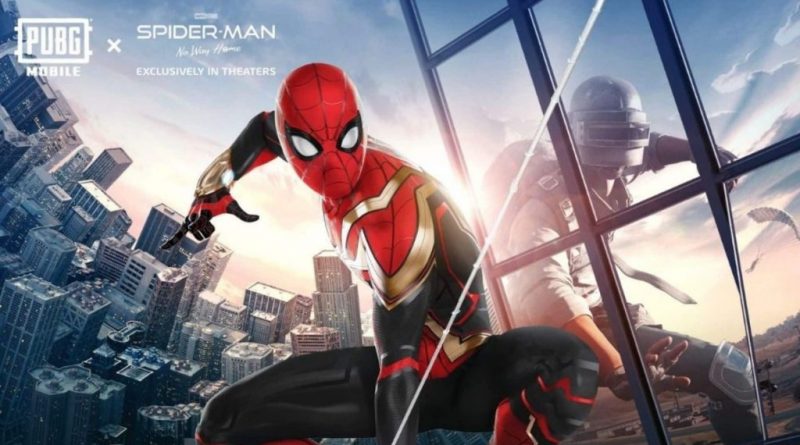 BGMI X Spiderman New Update Coming Soon | No Way Home Crossover Event: As you know guys In India, Spider-Man: No Way Home is in theatres, and Battlegrounds Mobile India [BGMI] has teased a possible crossover to commemorate the return of our favourite superhero. A new image posted to Battlegrounds Mobile India’s Facebook page shows our superhero’s iconic helmet covered in web cobs, which he loves to throw.

PUBG released a poster with both Spider-Man and the helmet-wearing character dressed in a white shirt and grey slacks. The first half of this poster depicts New York City buildings where our superhero enjoys swinging, while the second half depicts the Erangel map with players parachuting onto the field. The tagline, which reads “Swing into Spider-Man Zone” and includes the phrase “welcome to the multiverse,” is the best part.

We could see a lot of swinging action in the game if we deciphered this tagline. If not the ability to throw webs, players could see swinging machines. This could have a significant impact on how you play PUBG Mobile or Battlegrounds Mobile India. We could also see Spider-enemies Man’s in the game, which were designed in the style of Virus Infection Mode. As M6 Royale Pass will end on 20 January 2022, the official 1.8 version of BGMI and PUBG Mobile will release on 21 January 2022.