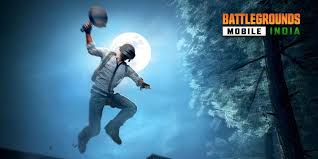 Over 40000 cheaters List in Battlegrounds Mobile India Released That have been banned, A list of BGMI profile names that were banned between April 11 and April 17 has been posted by Krafton.

Krafton, the creator of Battlegrounds Mobile India (BGMI), has permanently banned nearly 40,000 cheaters List in Battlegrounds Mobile India Released That have been banned in the period of April 11 to April 17. Weekly updates on sanctions against cheaters are routinely released by the South Korean developer. Every week, it issues permanent bans to gamers who employ unlawful programmes to obtain an unfair advantage in the game. In addition, the developer just published a new patch for the battle royale game, which addressed a number of difficulties with the multiplayer experience so

Also Read: What is Cyber Security? Is India prepared to protect itself from cyber-attacks?

Between April 11 and April 17, according to Krafton’s article on the official BGMI website, the developer permanently banned 41,898 accounts for cheating.

In addition, Krafton has published a new update for BGMI that fixes a number of issues and malfunctions. The issue that allowed players to raise their speeds on Nimbus Island has been rectified, according to the developer’s patch notes. It also fixed the problem that prevented players from using other players’ sensitivity codes. Custom sensitivity settings for the camera, aim down sight (ADS), and gyroscope are included in a sensitivity code, which may be readily shared with other players. The issue that prevented players from seeing through the weapon’s scope in the game has been resolved for players using the Merry Tidings – UZI weapon skin.