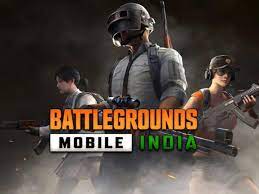 NGO Demands BGMI Ban in India | Battlegrounds mobile india An NGO is seeking to ban BGMI, claiming it is the same game as the banned ‘PUBG Mobile run by tencent.

The NGO in a letter to Ministry of Electronics and Information Technology (MeiTY) has urged the government to ban the app under Section 69A of the IT Act “in the interest of India’s sovereignty, integrity… and saving millions of unsuspecting players from falling into the Chinese trap”.

PRAHAR said it had written an open letter to Pony Ma, CEO of Tencent daring him to fully and transparently disclose Tencent’s direct and indirect stake in Krafton Inc. and his ambitions of “conquering the Indian gaming industry”.

“It has been brought to our attention that the MeiTY, in a reply filed in a PIL in Telangana High Court said that PUBG and BGMI are not the same. However the ministry has not detailed any reasons or explanation for coming to this conclusion.

“We would like to submit that the government has been misled by an elaborate perpetrated by Chinese company Tencent,” PRAHAR said, adding that the documents available in the public domain including documents submitted in the court and with the Ministry of Corporate Affairs (MCA) expose “this elaborate cover up”.

Krafton and PUBG India simultaneously authorised Hyunil Sohn to represent and defend the company in any proceedings that are filed or may be filed by or against the company in India.

“If PUBG and BGMI are different, why is Krafton, the so-called publisher of ‘BGMI’ authorising Hyunil Sohn of PUBG India to represent the company?” PRAHAR said in the letter to MeiTY.

“Is Hyunil Sohn a representative of PUBG or BGMI or both? In reality, he represents the Chinese company Tencent in India,” it claimed.

“Also, as per documents available with the MCA, there is no company called Krafton India. The only Krafton in India, as per the MCA documents, is a paper manufacturing company with no relation to Krafton of South Korea.”

“Krafton is nothing but a puppet of Tencent which controlled by Tencent,” PRAHAR claimed