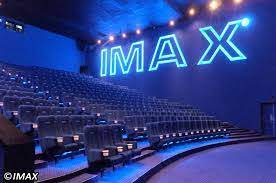 What is IMAX 2D? A basic understanding of what IMAX is and why movies look so good on an IMAX screen

If you’ve ever seen an IMAX film, you’re probably aware of how different the experience is from watching the same film on a standard theatre screen. IMAX screens are larger than most traditional movie theatre screens, but there’s a lot more to it than that.

What is IMAX 2D? IMAX refers to a set of high-resolution cameras, film formats, projectors, and, yes, movie theatres. The term is thought to be taken from the phrase “Maximum Image,” which is a good fit given how much. The tall aspect ratio of IMAX movie displays, which is either 1.43:1 or 1.90:1, is easily recognisable.

When it comes to an IMAX screening of a film, there are numerous levels of technology involved, both in the production of the film and in the viewing experience. This means that a film must be exhibited on an IMAX-specification screen and shot using high-resolution IMAX cameras in order to be viewed in real IMAX.

IMAX 2D films are made with cameras that can capture a larger frame, usually three times the horizontal resolution of a standard 35mm film. These cameras have the ability to capture footage with a lot of detail and clarity. Others include Sony’s Venice cameras (6K), Red Ranger Monstro (8K) and the Panavision Millennium DXL2 (8K). For 2017’s Transformers: The Last Knight, two ARRI Alexa IMAX cameras were combined in a rig to provide native 3D. The final film contained 93 per cent IMAX footage.

Also Read: How can I increase my wifi speed|Improve Your Wi-Fi Speed in 10 Simple Steps

It doesn’t end at shooting on high-res cameras. IMAX also processes the captured footages and uses proprietary image enhancement through every frame in a movie, allowing you to see the clearest and sharpest picture quality, closest to what the movie’s director wants you to experience. DMR or Digital Media Remastering is also used to scale traditional 35mm films to IMAX. Popular examples of this are the IMAX re-release of 1995’s Apollo 13 or Star Wars: Episode II – Attack of the Clones.

What is IMAX 2D Projectors

Once the footage is captured and the movie is edited using powerful software, you still need the right projectors to operate the movie at a theatre near you. IMAX uses two variations here – the digital projection system and the laser projection system.

Digital projection is used for shorter 1.89:1 aspect ratio screens. It implements two 2K projectors that can project 2D/3D content. Output from these two projectors superimpose upon each other perfectly to create the visuals we see during an IMAX movie.

Both the 1.43:1 and the bigger 1.89:1 aspect ratios are projected via laser projection. The newer device, which has been under development since 2012, uses a laser light source instead of a standard digital projector’s xenon arc lamp.

When compared to digital projection systems, this means pictures with about 50% more brightness and double the contrast ratio. Laser projection also offers 60 frames per second.

IMAX Sound
We generally don’t give it enough thought, but the audio is half the pleasure of watching a movie in a theatre. Sound isn’t only about being loud and clear for the IMAX standard, but it’s about a lot more. The faintest whispers in a horror picture may be heard with extraordinary precision, yet an impacting soundtrack in the same film can be just as forceful, thanks to IMAX’s high dynamic range of sound.

In addition, IMAX uses distinctive patterns and materials on the walls of its theatres. These are capable of absorbing undesirable audience noise while improving sound from the movie.

Custom loudspeakers and subwoofers are also used on the IMAX screens, with the latter being able to go as low as 23Hz comfortably, whereas a typical system can only go down to roughly 40Hz. The hand-built loudspeakers also employ a technology known as PPS (Proportional Point Source technology), which allows people sitting near to the speakers to enjoy the same sound quality as those sitting closer to the centre.

Seating and the theatre
What is IMAX 2D Finally, IMAX combines all of this to create a completely unique environment that is tailored to your preferences. This includes seats that are just far enough away from the screen to give you a 70-degree field of vision (field of view). Every seat is also positioned to provide the same experience, which is why some larger IMAX screens include seat-rows that curve from end to end

What is IMAX 2D? Now that you know how much time, effort and technology goes behind an IMAX screening, you’ll be able to enjoy your next movie even more.