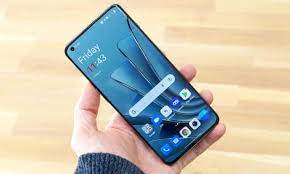 OnePlus 10 India launch date, Here we tell u about one plus 10 price, specification feature and launch date in India. The OnePlus 10 is scheduled to be released in India, China, and other countries soon. A 50MP triple-camera will be included in the top smartphone.

OnePlus 10 India launch date, Following the debut of its current flagship, the OnePlus 10 Pro, in international markets last month, OnePlus could be preparing to offer the OnePlus 10 in its original form. Despite the fact that the firm hasn’t released any official details regarding the device, famed tipster has already divulged its characteristics.

OnePlus is currently testing two variants of the vanilla OnePlus 10 . One model has a Qualcomm processor, while the other has a MediaTek processor. While the leak does not specify which Qualcomm chip would be used on the OnePlus 10, it is possible that it could be either the Snapdragon 8 Gen 1 or the Snapdragon 8 Gen 1+. The MediaTek model, on the other hand, is expected to use a Dimensity 9000 SoC.

ONE PLUS 10 INDIA LAUNCH DATE?

One plus 10 india launch date is 24 may 2022 (expected). The OnePlus 10 will have 8GB or 12GB of RAM and 128GB or 256GB of storage, according to the source. A 6.7-inch FHD+ AMOLED display with a 120Hz refresh rate will be included on the device. According to the source, the gadget would support LTPO 2.0 for adaptive refresh rates of 1-120Hz. However, we aren’t certain at this time.

OnePlus 10 India launch date: The standard OnePlus 10 will apparently come with a 50MP primary sensor, a 16MP ultra-wide camera, and a 2MP macro camera on the back. On the front, there will be a 32MP selfie camera.

The phone is also likely to ship with OxygenOS 12, which is based on Android 12. A 4,800mAh battery pack with 150W rapid charging capabilities is believed to be among the other features.