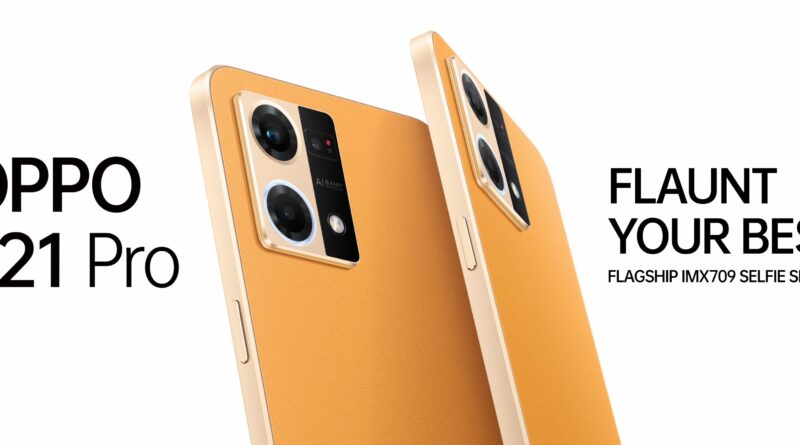 The 8GB + 128GB storage option of the Oppo F21 Pro costs Rs. 22,999 in India. The phone is available in Cosmic Black and Sunset Orange, with the latter featuring a Fiberglass-Leather design with a grain texture on top. In India, however, the Oppo F21 Pro 5G costs Rs. 26,999 for the identical 8GB + 128GB option. Cosmic Black and Rainbow Spectrum are two colour options for the 5G model.

The Oppo F21 Pro runs ColorOS 12.1 on top of Android 12. It comes with a 6.4-inch full-HD+ (1,080×2,400 pixels) AMOLED display with a refresh rate of 90Hz and a touch sampling rate of up to 180Hz. The phone is powered by an octa-core Qualcomm Snapdragon 680 SoC and 8GB of RAM. There’s the triple rear camera system, which includes a 64-megapixel primary sensor, a 2-megapixel micro shooter, and a 2-megapixel depth sensor. An Orbit Light also encircles the micro shooter and works as both a notification indicator as well as a fill light for capturing shots in low lighting conditions. Further, the rear camera setup has an LED flashlight.

For selfies and video chats, the Oppo F21 Pro comes with a 32-megapixel Sony IMX709 camera sensor at the front.

The Oppo F21 Pro comes with 128GB of onboard storage. Connectivity options include 4G LTE, Wi-Fi, Bluetooth, GPS- AGPS, and a USB Type-C port. The phone also supports artificial intelligence (AI) backed gesture controls and includes a feature called Smart Notification Hiding that uses the selfie camera along with a sensing algorithm to hide content if the phone detects someone else is looking at the screen when a new message pops up, the company said.

.The Oppo F21 Pro 5G also comes with a 6.4-inch full-HD+ AMOLED display and runs on Android 12-based ColorOS 12. However, the screen only supports a 60Hz refresh rate. It comes with a triple rear camera setup that houses a 64-megapixel primary sensor with two 2-megapixel cameras. The Oppo F21 Pro 5G packs a 16-megapixel sensor at the front. Other key features include 5G, 4G LTE, Wi-Fi, Bluetooth, and a USB Type-C port. The phone also has an in-display fingerprint sensor.