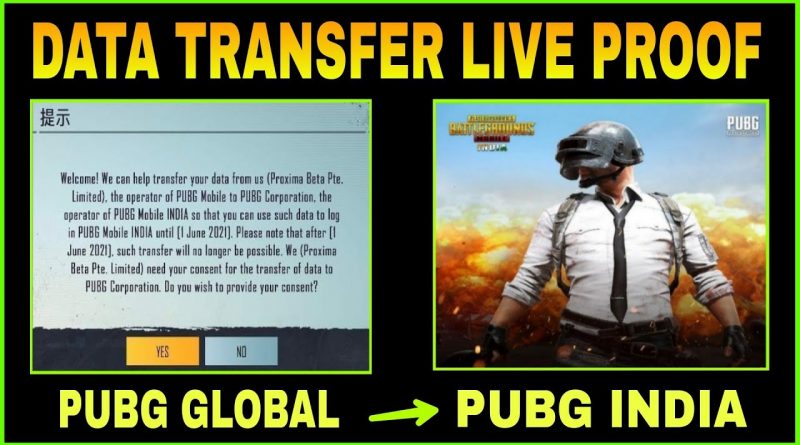 PUBG Mobile India release date is going to be announced but the developers have confirmed that player IDs from the global version will transfer to the Indian version.

In the last few weeks, rumors of PUBG Mobile’s return to India have spread all over the Internet. Needless to say, speculations have eroded the Indian PUBG mobile fanbase.

According to leaks from several sources, PUBG Mobile may return to the South Asian country in the first half of 2021, while an official announcement is expected to arrive much earlier by the end of 2020.

The version of PUBGM which will be released in India will be different from the earlier version. The new release will see some major changes, including the ability to limit playtime.

How to Transfer your pubg ID from global version to pubg indian version:

Migrating data from the global version means that your progress will restore itself and you will not have to return your path. Skins and other in-app purchases will also be added to your account after importing data from your global account.

The game’s servers are from outside India and all games developed by Crafton or its affiliates will be available on Microsoft’s Azure platform. Note that, PUBG Mobile IDs which are restricted for 10 years will not be migrated to the Indian version. In that case, players will have to create their new ID and start anew.