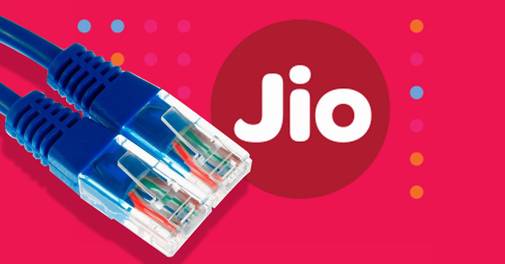 Reliance Jio has announced new unlimited plans, making all their plans cheaper, in which you have promised to give you fully unlimited i.e. [3300 GB] every month.

Additionally, new Jio Fiber customers can also opt for a ‘no-condition free 30-day trial’, allowing users to use a free unlimited internet plan for the first 30 days. Customers who opt for trail will get 150Mbps internet connection for a month. Users will also receive a 4K set-top box with access to the top 10 paid OTT apps at no additional cost.

Looking at the Reliance Jio, Airtel has also made a major reshuffle in its broadband plans. Airtel has taken a big step to attract customers by unlimited all plans. Before this, let us tell you that all the plans of Airtel were expensive, which all consumers could not afford.

The new lowest Rs 499 broadband plan, Airtel is offering 3,300GB of data to its customers at speeds up to 40Mbps. With high speed data, the company is offering customers unlimited calls and a complimentary subscription to its Airtel XStream streaming service.

Under its Rs 799 plan, Airtel is offering customers 3,300GB of data with speeds of up to 100Mbps. Apart from this, customers will get unlimited calls and a complimentary subscription Airtel Xstream.

Under the Rs 999 plan, customers get 3,300GB of high-speed data with speeds of up to 200Mbps and unlimited calling benefits. Customers also get a complimentary subscription to Airtel Xstream service, Disney+ Hotstar VIP, Amazon Prime Video and Zee5.

In the last, under the Rs 3,999 plan, the company is offering customers unlimited calling benefits along with 3,300GB of high-speed data at speeds of up to 1Gbps. Apart from this, users also get a complimentary subscription to Airtel Xstream, Disney+ Hotstar VIP, Amazon Prime Video and Zee5.

In This Post We Informed You Jio Fiber Vs Airtel Xstream Fibernet Plans Price Comparison: The Best One?