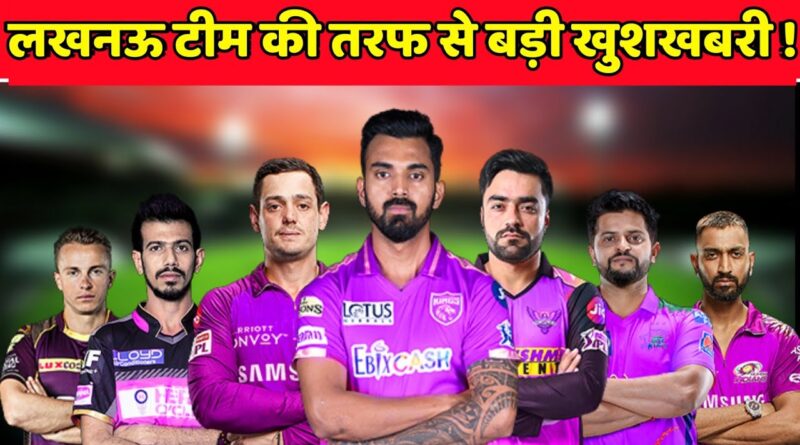 Lucknow Super Giants Team Players List, Captain, Jersey Owner Details: The teams from Lucknow and Ahmedabad are competing in IPL 2022 this year. The names and logos of both teams are yet to be revealed. But the Lucknow Super Giants team has given the big hint to his name. The name of the Lucknow team (Lucknow team IPL) has been trending on social media without any official notification. Many of the Lucknow team’s names are currently trending. The reason for this is that the franchise business that purchased the Lucknow IPL team has launched a competition.

Also Read: Why Cancel IPL is Trending On Twitter

People have been given the opportunity to suggest a name for the Lucknow team by the company. In such a case, all IPL fans are busy making suggestions from their perspective. Everyone is waiting to see who it is. The name has been decided.

Right after the inclusion in the Indian Premier League family, the Lucknow-based IPL team have to pick a suitable name for their team which should be unique in comparison to the other 9 teams.

The names of the Lucknow IPL Team Name are

The teams in IPL will have a unique jersey with unique color combinations to represent them in the IPL matches. The official jersey of Lucknow will be updated here once the franchise officially announces it. Some viral jersey on social media handles.

The Lucknow Super Giants ropes former Zimbabwean cricket coach and former cricketer Andy Flower to be their head coach for the IPL 2022 season.