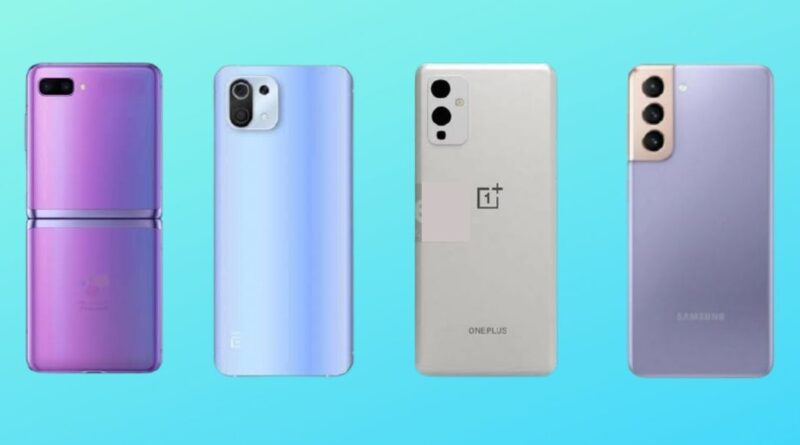 Most anticipated smartphones in April 2022: April this year is turning out to be an exciting month for smartphone companies like Upcoming Samsung, Realme, Oppo, Xiaomi and many others looking to launch some of their latest smartphones in India during the month

Xiaomi India General Manager Manu Kumar Jain announced the launch of the phone in India the tweet by Jain seems to hint at a 12 PM reveal on April 12th for the phone.

it can be expected to be powered by a Qualcomm Snapdragon 8 Gen 1 chipset, run Android 12-based MIUI 13 and come with up to 12GB of RAM and 256GB of storage.

It could come with a 6.73-inch 120Hz QHD+ LTPO AMOLED display. On the rear, it could have a triple camera setup that includes a 50MP primary, 50MP ultrawide, and 50MP telephoto sensor. It will also have a 32MP front camera and a 4,600mAh battery that supports 120W wired and 50W wireless charging.

The phone will be powered by a MediaTek Dimensity 700 processor and will come with 6GB of RAM and 128GB of storage. It will run Android 11 out of the box and will have a 5000mAh battery.The Vivo Y54s will have a dual-camera setup in the rear with a 13MP camera and a 2MP camera. The single front camera will have an 8MP sensor.

It will be powered by a Dimensity 8100 chipset. One variant will reportedly come with a 4,500 mAh battery and will support a ludicrously fast 150W “UltraDart” charging standard. The other variant will get a bigger 5,000 mAh battery with support for 80W fast charging

The phone will be powered by a Snapdragon 8 Gen 1 chipset and will be available with up to 12 GB of RAM and 512 GB of storage The Realme GT 2 Pro is expected to feature a large 6.7-inch 2k Samsung E4 AMOLED LTPO display with variable refresh rate support up to 120 Hz and a 1000 Hz touch sampling rate. The display will be protected by Gorilla Glass Victus

The Poco F4 5G will be powered by a 5G-enabled Snapdragon SoC and will run Android 12 out of the box. The device could come with up to 8GB of RAM and could come with multiple storage option

Even though much isn’t known about the Nord CE 2 Lite 5G, the “Lite” version of the phone could be released sometime this year.

The Vivo X Fold is rumored to come with a 6.53-inch OLED display with FHD+ resolution. It is expected to be powered by the Snapdragon 8 Gen 1 SoC paired with up to 12GB + 512GB of internal storage. The phone is expected to pack a 4,600mh battery with 80W wired and 50W wireless fast charging support.

The Vivo X Note, could debut with a big 7-inch QHD+ AMOLED screen having a 120Hz refresh rate. The screen will double up as an in-display fingerprint scanner. It will have the Snapdragon 8 Gen 1 in its sleeves and a 5,000mAh battery fueling the system.

The Realme 9 4G is expected to largely remain the same but it could come with a 108MP Samsung ISOCELL HM6 sensor. The device is expected to be priced at Rs 14,999.