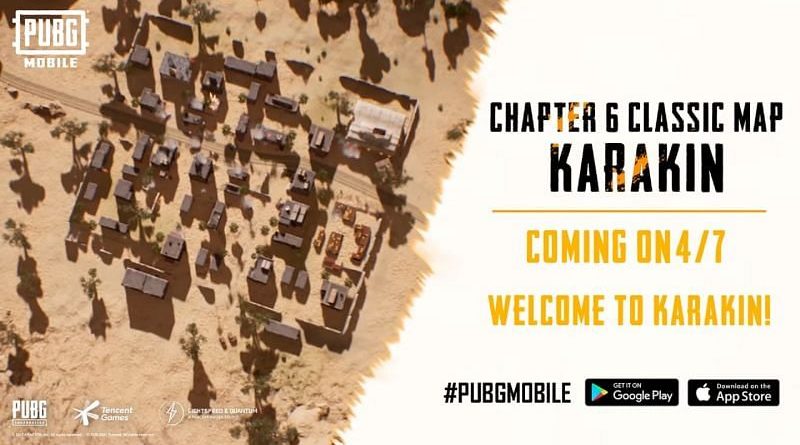 Pubg Mobile Karakin Map Update Download | Karakin Map Release Date and Features: Guys, Pubg Corporation has recently released a new update 1.3 version with 3rd Anniversary of Pubg Mobile. Apart from this, a lot of fun features were also given in this update, out of which you will be enjoying some features. PUBG Mobile may soon get a new Miramar map with the return of the Karakin map and many other changes. It states that these changes will be implemented with the upcoming season but the patch notes for this have not yet been officially shared. Another new feature that will be added to PUBG Mobile with the update.

Guys as you know Miramar is one of the larger maps of PUBG Mobile and has been in the game for a long time. It was added to the game in May 2018. Karkin Map, which was originally released for the PUBG PC version in February 2020, will come on the mobile version announced in the version 1.3 patch notes. Karkin is available in the beta version of the game. However, this map will not be permanent and will be in rotation with upcoming seasons.

As stated in the post, the Karakin map is all set to be made available for players on April 7th 2021 and would replace the Vikendi map.