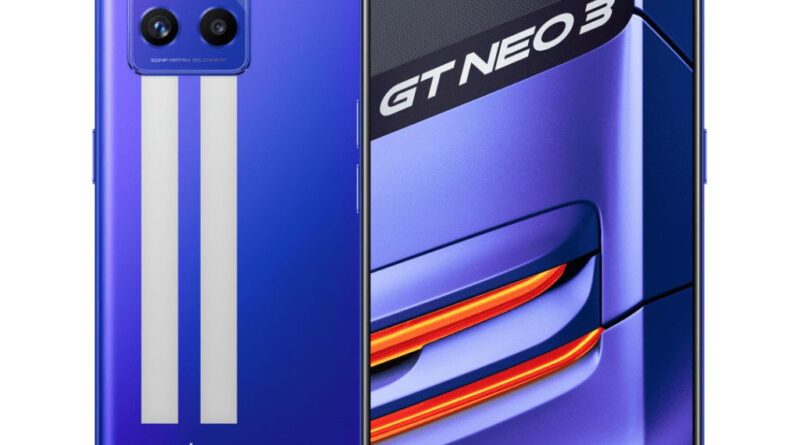 real me gt neo 3 launch date in India. The Realme GT Neo 3 was only recently released in China. Since its launch in China, rumours have circulated that the phone will be rebranded as the OnePlus 10R in India. In the midst of all of this, Realme CEO Madhav Sheth teased the introduction of the Realm GT Neo 3 on Twitter.

A big highlight of the smartphone, the 150W charging tech support, was also mentioned in the tweet. Not only does it indicate that the incoming device is the Realme GT Neo 3, but it also confirms that it will compete directly with 120W fast charging devices like the iQoo 9 and Xiaomi 11i HyperCharge.

What we can deduce from the circumstance is that the Realme 150W charging technology variation will be given the original label. In India, however, the 80W charging variant will be rebranded as the OnePlus 10R.

What are the possibilities?

In terms of specifications, we expect the Indian iteration of the Realme GT Neo 3 to be very comparable to the Chinese version. If that’s the case, the Realme GT Neo 3 will have a 6.7-inch FHD+ OLED display with a refresh rate of 120Hz. The smartphone will be powered by the MediaTek Dimensity 8100 chip, which was just released.

According to numerous comparison websites, the MediaTek Dimensity 8100 is not significantly more powerful than the Qualcomm Snapdragon. The Snapdragon 870 SoC has already been seen in the Realme GT Neo 2.

Although the inclusion of the MediaTek processor is not controversial, it will be fascinating to see how it compares other smartphones powered by Snapdragon 870, such as the OnePlus 9R, iQoo 7, Xiaomi Mi 11X, and others.

A 50MP Sony IMX766 shooter with OIS, an 8MP ultra wide-angle shooter, and a 2MP telemacro shooter will be included in the smartphone’s triple back camera arrangement. The handset has a 32MP front-facing camera for taking selfies and making video calls.Its coming with 5000 mah battery with 150 watt fast charging support.

launching in India on April 29