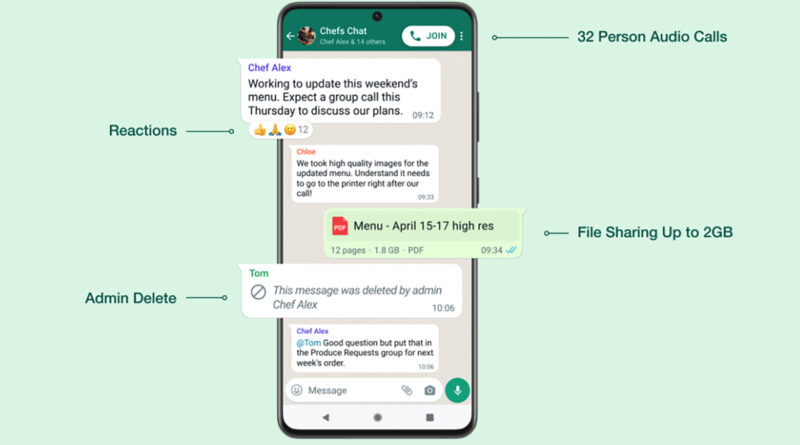 Whatsapp Message Reaction Update Apk Download 2022: If you are also searching for new whatsapp update for using message reaction trough emoji than you can download beta apk here. And for download this version of apk you should read this article carefully. WhatsApp has already confirmed that emoji reactions are in the works, as well as a slew of other features to stay up with the times, like WhatsApp Communities, which will allow you to build Discord-style lists of group chats, and the ability to exchange files up to 2GB. These features will most likely be rolled out to the stable channel in the near future.

Message reactions went live for some people after updating to beta version 2.22.8.3, as WABetaInfo had reported, but they were quickly removed. WhatsApp was discovered handing out reactions to certain beta users again a few weeks later, this time to those running version 2.22.9.4.

Emoji reactions appear to be a small test right now, with only a few users participating. Download the latest beta version of the app to try your luck. If you’re a member of the beta programme, download the current version from the Google Play Store; if you aren’t, try entering (we can’t guarantee you’ll get in because it’s limited and almost always full). You can also manually update the app by downloading it from mrtechnical.in.

In addition to the emoji feature, which is likely to save a lot of typing time by allowing you to respond to others’ messages quickly by simply selecting an appropriate emoji, the business has also made another option available. You may now share files up to 2GB in size at a time using WhatsApp, with end-to-end encryption. Given the prior restriction of 100MB, this is a significant upgrade.