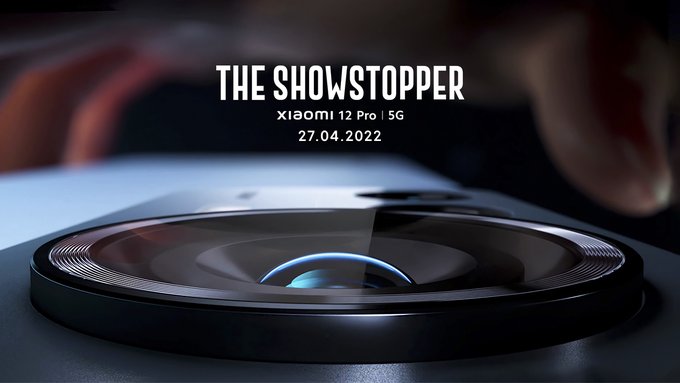 This is the most high-end phone that Xiaomi makes today.

Xiaomi 12 Pro India launch Date, Xiaomi 12 Pro is officially coming to India on April 27, Xiaomi announced today. The company had teased the launch just minutes before OnePlus’s scheduled OnePlus 10 Pro 5G and OnePlus Bullets Wireless Z2 launch event on March 31. This is the most high-end phone that Xiaomi makes today. It will take on the OnePlus 10 Pro, obviously, and also the likes of the iQOO 9 Pro, Motorola Edge 30 Pro, Realme GT 2 Pro, and the Samsung Galaxy S22 series. The Xiaomi 12 Pro price in China starts at CNY 4,699 (roughly Rs 56,200).

The Xiaomi India Twitter handle stated, “The flagship of the 𝑓𝑢𝑡𝑢𝑟𝑒 is coming home — #Xiaomi12Pro 5G is launching on 27.04.22! When we said we would get you “𝗧𝗵𝗲 𝗦𝗵𝗼𝘄𝘀𝘁𝗼𝗽𝗽𝗲𝗿”, we meant it!”

Under the hood, you get a Qualcomm Snapdragon 8 Gen 1 chip paired with up to 12GB LPDDR5 RAM and up to 256GB UFS3.1 storage. It has a 4,600mAh battery with 120W fast wired and 50W wireless charging. There is support for 10W reverse wireless charging, as well.