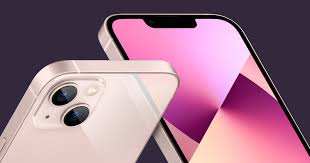 The Foxconn plant in Tamil Nadu has begun building Apple’s iPhone 13 in India. Apple may be able to save money on import duties and maintain control over supplies as a result of this move. In India, the Foxconn plant also produces the iPhone 12 and iPhone 11.

The decision follows the government’s introduction of a production-linked incentive (PLI) scheme to encourage smartphone manufacturing and assembly in the country. Furthermore, the move allows Apple, which is located in California, to rely less on China to manufacture its handsets.

When the domestically produced iPhones will be available in India is still unknown. However, because the procedure has already began, it shouldn’t take long

Apple has previously stated that “over the last year, the number of suppliers committed to using 100 percent clean energy has more than doubled.” In India, eleven Apple supplier sites have pledged to using only renewable energy.

The iPhone 13 is currently priced at Rs 79,900 for the 128GB base version and Rs 89,900 for the 256GB version. While the move to manufacture units locally will help Apple to reportedly save up to 20 per cent on import duties, it remains unclear if this will bring down the price of iPhone 13 variants in India for the customers.

Apple also has a global price strategy that is unlikely to be influenced by a country’s local manufacturing. All we have to do now is wait and watch if the prices are changed